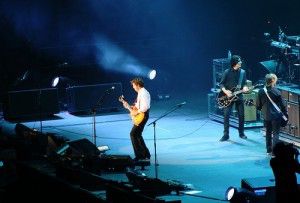 Having been disappointed many moons ago by a less than powerhouse performance from Meatloaf I was a little nervous before Paul McCartney half strode, half bounded onto the stage at the Millennium Stadium ,Cardiff. Having been warmed up by the Manic Street Preachers the crowd (apart from a few enthusiastic fans) sat patiently for 45 minutes. No stranger to the big stage Mel (Sporty Spice) C took her place a few rows back and also waited for something special.
When McCartney took to the stage he did so intent on entertaining. He read the signs brought all the way from Japan, engaged with the crowd and even attempted to speak some Welsh. Although this didn’t quite work as, according to the man himself, half the crowd couldn’t understand it anyway.
If Macca intended to mark the eleventh birthday of the impressive stadium in style he succeeded. The playlist may have included long sections of more unfamiliar material along with slower Beatles back catalogue but a lively versions of ‘Got to Get You Into My Life’ or Obladi-oblaDa’ were just around the corner.
Whilst the classics of Hey Jude and Let It be were predictably brilliant it was the heartfelt performance of ‘Something’ as a tribute to George Harrison and the ear splitting and hair singeing blast of Live and Let Die that proved to be the highlights of the evening.
As the band begin to enjoy themselves so did McCartney with high kicks and a constant smile as he rolled out hit after hit. The encore saw him end the night with Get Back.
Seeing the remaining half of one of the greatest song writing partnerships is one of those to tick off the wish list and whilst some on that list have disappointed this, thankfully, provided the substance and spectacle one would expect. 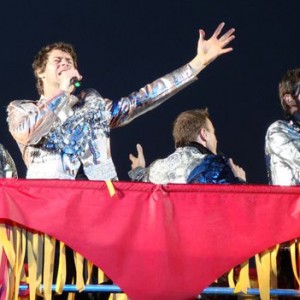 MORE TAKE THAT TICKETS RELEASED AHEAD OF CARDIFF GIG NEXT MONTH 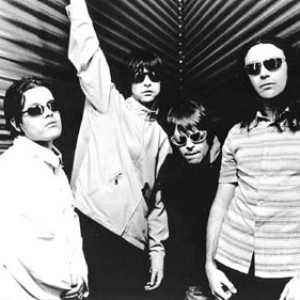 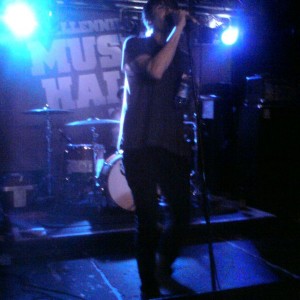