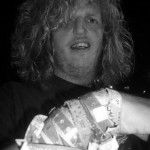 Well hello readers what can I say about this past month? It has been a bit monumental for me, as not only was it my 28th Birthday but it was also my sister’s wedding on exactly the same day and I was very proud of my sister because the wedding was all really nicely done and not at all tacky like those horrendous gloss dross weddings. I was made master of ceremonies for the occasion, which meant I had to be ultra suited and booted and actually I for once thought I looked quite good!
Then it was back into festival mode with Shambala and Offset – two festivals which cater for two completely different groups of people. Shambala had the family feel and approach of pretty much ‘everything goes’ with most of the people spending time in fancy dress and just swilling around not really caring what was going on. Being at Shambala also gave me a chance to finally say hello to Kate Tempest, some of you may or may not know that I have been raving on about Kate Tempest’s beat poetry/rapping and I have had quite a few chances to say hello to her but have generally wimped out because of being too shy. If you do not know what she does then check out her band The Sound of Rum.
I must admit to being a bit of a performance poet myself and so I decided to throw myself into the Poetry Slam event and did much better then could have been expected, you see I have never entered into a poetry slam event before and I have a terrible memory for what I have written, so I quite often have to improvise. I somehow managed to finish off joint runner up and score nine points more than all of the other competitors just by improvising (54/60 in total).
It was also great seeing Bristol bands like Zun Zun Egui and the Big Naturals play in the middle of a field. Though it did cause my brain to wreck havoc with hallucinations, as much as I love both bands there is something in their sound which triggers off deranged visions in my head.
Offset on the other hand was full of self-conscious South East London scenesters who seemed pretty much consumed by their own image – thinking how supposedly ‘out there’ they were and thinking that by stuffing flowers in their hair they could look pretty and twee. (see www.247magazine.co.uk for the Hackney Hipster Hate story to give you a better idea). Thank goodness for some of the more ‘in your face’ bands, such as fierce political battle cries of German Digital hardcore band Atari Teenage Riot who pretty much destroyed the PA system on the closing night and those friendly hairy bug-eyed Israeli loons Monotonix who provided some real highlights with their usual ‘let’s play in the audience wearing nothing but our underpants’ high jinks.
During the week in between the festivals, I managed to fit in a disabled dance project in Salisbury and got filmed for a project called Box which was done by an Australian arts group called Back to Back. I also got interviewed for a short documentary for Film Four about live music fans. It was kind of weird being sat in my kitchen whilst having a camera probed into my face as I rattled off countless stories of situations I managed to get myself in because of the musical sounds going off!
There are many things I am looking forward to over the coming month, like my own hip hop group Non Compus Mentus are supporting Dels at Start The Bus, who themselves are supporting MF Doom on tour. Other music highlights include Islet, Againts Me and Fucked Up, Chrome Hoof, Carnyvile, No Age, Black Angels, KRS One, Melt Banana, Warpaint and Yann Tiersen amongst many others!!! 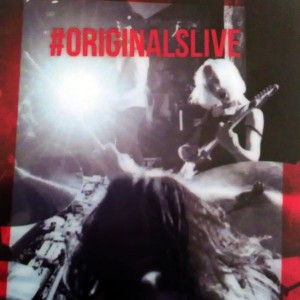 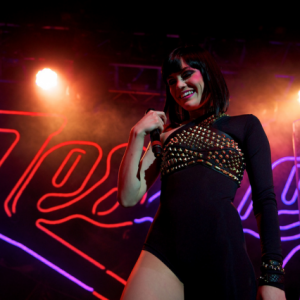 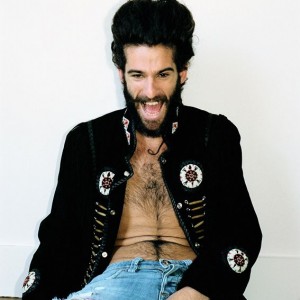