It doesn’t happen very often, but every now and then a band comes along to play a packed out intimate gig as they teeter on the cusp of utter stardom. We saw it with Mumford and Sons’ sell out gig at the Louisiana back in 2008 and we may just have seen it here, with Dry The River’s sold out Louis gig. Deja Vu.

Each band member has their own distinctive style, from the brooding appeal of the relatively reserved fiddle player to the spellbinding rigour and intensity of the bassist. Then there’s the understated, excellent drumming and solid guitar playing complimented by some energetic vocals, delivered with a great big punch in the gut – like hearing Nick Cave’s The Mercy Seat for the first time, or supping on your an ice cold Brothers’ Pear Cider at Glastonbury in the middle of a heatwave.

They opened with the awesome No Rest, where Peter Liddle wails ‘I loved you in the best way possible’, backed by the sweet as vocals of his bandmates, particularly the mesmerising Scott Miller, who would not be out of place in Kings of Leon. In fact, the whole band would not be out of place in the US and if you didn’t know they were humble Brits, you’d probably place then in that Fleet Foxes/Band Of Horses hot box. Bible Belt demonstrates a gentle maturity a la My Morning Jacket or Jason Molina.

Peter’s vocals do lose their way a little during some of the more complex tunes, such as New Ceremony, but not so much that it ruins the songs – which are pretty epic in an anthemic Puressence kind of way or a large, emotion-filled Arcade Fire kind of way. The fantastic Family Tree, which had sniffs of Geneva/early Radiohead about it, and the heartbreakingly beautiful Weights And Measures, with the unforgetable lyric: “I was prepared to love you, I never expect anything of you.”

Dry The River are clearly still in that pre-hype down to earth stage, seeming genuinely chuffed to be playing to a couple hundred people in a sweaty room above a Bristol pub (rather than to thousands of people in a field in Wales or Dorset – see our review of Green Man Festival). Even stopping mid set to take photos of the crowd for their Facebook page. They also professed to be up for a big night out in their old Uni town and appeared to welcome company on said night. Somehow, I don’t think they’ll be repeating that invitation when they return to Bristol next time and play the Colston Hall (my prediction). 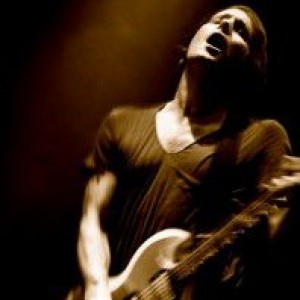 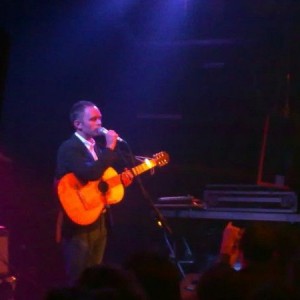 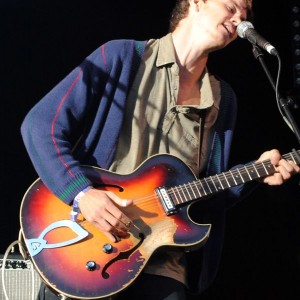