The city centre course took riders overlooking Swansea Bay, down cliff-like steps, terraces, high speed narrow archways and some of the steepest cobbled streets in the UK. Riders jumped over specially made table top features, as they crossed the line to be greeted by cheers from the excited crowds at the finish.

The format saw each rider having two heats with the fastest being recorded. The riders with the fastest time went through to the eight man final where there was only one chance for glory. The worthy champion was Rowan Sorrel, 29 from Newport, South Wales, who beat his closest rival Michael Thickens by an outstanding five seconds. Third place was taken by Nikki Whiles, only a half a second shy of second place. Rowan said: “What an event. Red Bull Downforce brought mountain biking to the centre of Swansea and it was a great buzz for us all to race, especially with so many people out to watch and cheer us on! Its great to take 1st place.”

Crowds came out in their thousands to enjoy the spectacle and support the riders at every stage of the 1.5km course. Local competitor Manon Carpenter, 18 from Caerphilly finished just inside the top twenty, said: “It was great fun racing through Swansea today, the track was really challenging and it was amazing to see how many people braved the Welsh weather to come and watch!’

Multi world champion siblings: Gee, Dan and Rachel Atherton who live in North Wales were all in attendance, inspiring the riders and giving advice all day. Gee Atherton said: “It was a really good opportunity for to show people what Downhill Mountain biking is all about. Its normally away in the hills and mountains and this brought it to their doorstep. Literally! They were dead impressed. The riders looked really shocked at how challenging and technical the course was. Amazing in an urban environment. Its awesome that Red Bull gave the opportunity for anyone to get involved as big events like this are often invite only. They were stoked to be part of it. 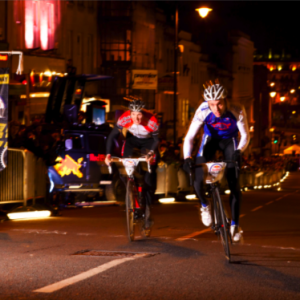 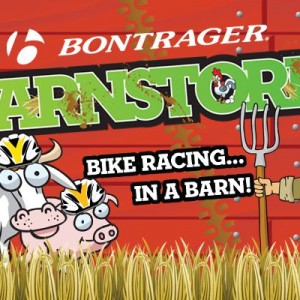