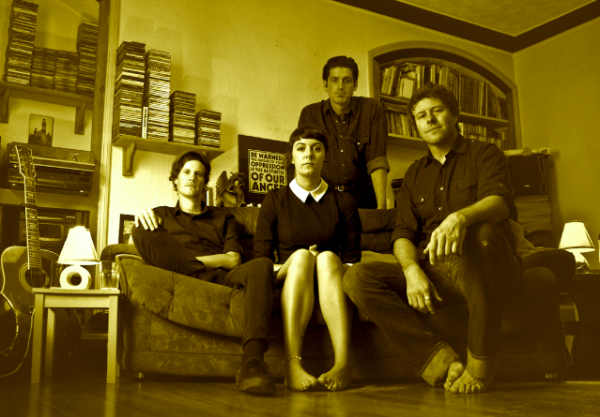 Plymouth’s beloved roots-punks, Crazy Arm, release their third album, and first acoustic one, ‘The Southern Wild’, on the 23rd September. It’s a major side-step, one guided by Americana, folk-roots, country and bluegrass, but has more in common with the band’s heavier origins than you’d think. Marc Gardiner gets to the bottom of their modus operandi.

1. You’re back! Crazy Arm albums announce themselves with such swagger. ‘The Southern Wild’ kicks in, a cappella, with Vicky Butterfield screaming at Death. Hello. So, Darren, how did you know this was the way to open the acoustic proceedings?
Hello! I like how it’s a complete contrast to the start of our two rock albums and, I think, a really interesting way of setting out our acoustic stall. I’m never comfortable with my own voice, it’s taken me years to get to a level I’m happy with. But with Vicky, it’s just perfection every time.

2. Why an acoustic album right now?
We’d been working on this album for ten months so it wasn’t an overnight decision to cash in on an over-subscribed acoustic punk community. I write most of our songs on an acoustic guitar – we just wanted to highlight the roots music which has always been at the core of the band. And also, we’ve had such an amazing response to our acoustic shows in the past, it just seemed nonsensical not to.

3. Which format – punk or acoustic – is the band enjoying most currently? Why?
I like them both equally. I may lean more towards one or the other at different times but essentially I love playing both styles for different reasons. But right now it’s all about touring the acoustic album. It’s definitely better for my voice, and Vicky really shines in the acoustic Crazy Arm, so that’s a major plus.

4. Over 20+ years I’ve witnessed a growing intimacy and self-disclosure in your songs. But for ‘The Southern Wild’, this intimacy spills over onto the sleeve notes like never before. Ideal – but what’s going on?
I think that playing country/folk/roots music allows for a greater lyrical scope as those genres are rooted in personal and political story-telling, and in an honesty which punk doesn’t always serve. And, anyway, it doesn’t make sense to me to write songs against war and fascism without wanting to reveal something about myself as a very imperfect and contradictory person.

5. The album closes with ‘The Valley of Weeping’ and ‘Black Canyon’, two songs with intriguing religious references reminiscent of older songs like ‘The Right Wing Never Sleeps’. As an atheist, what is it about the religious aesthetic that works for you?
I think it’s a consequence of listening to religious musicians, and big influences, like David Eugene Edwards, Nick Cave and Elvis Presley. And there’s something so beautiful in religious scripture that transcends everyday language. I guess that’s the whole point. But, to me, obviously, it’s a manifestation of delusion. That doesn’t stop me or anyone else from being able to exploit the poetic stylings of biblical text. They were written by people, and that’s all that really matters.

6. American hard-rock storytellers The Hold Steady constantly cross-reference between their songs. Now you’ve started, with ‘Black Canyon’/’White Canyon’ and ‘A Pocketful of Gold’ (“That’s why I’m proud to be born to ruin”). Is there a Crazy Arm narrative?
It’s less a narrative, more a few overlaps for continuity. I think it’s endearing when bands cross-reference, it makes them seem more human, more holistic, rather than just having a mechanical set of songs that are each ‘about’ something. Having said that, I think there is a narrative that runs through all our stuff, mostly centred around my neuroses. There’s plenty of them.

7. This autumn, when choosing your music for pleasure, will you ever stick on ‘The Southern Wild’? Can you enjoy your own work in anything like the way you enjoy others’?
Not for pleasure, only to over-analyse and decide how to improve upon it. I can never be objective about any of our records. I’m way too unassured and perfectionist to ‘enjoy’ Crazy Arm.

8. Define ‘success’ for Crazy Arm.
I used to define success as simply getting out there and doing it: form a band, write songs, play them to people, be true to yourself… and that still is success, but I’m at the point now with this band where I’m not happy just going round in circles. I want to push myself towards the level of the musicians that I consider heroes. I’m not sure if these are just normal aspirations but it certainly isn’t ‘punk’ to be complacent and content with playing to the same bunch of people every time we pass through a town, no matter how lovely they all are.

‘The Southern Wild’ is out on 23rd September on Xtra Mile Recordings.
The acoustic single ‘Remembrance’ is released as a split 7″ vinyl with Jim Lockey & The Solemn Sun, on 21st October. 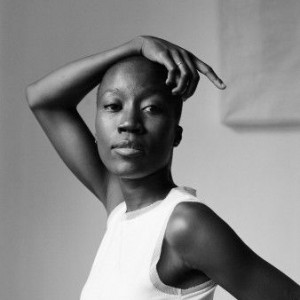 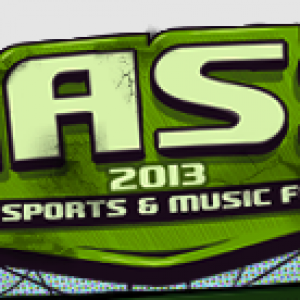 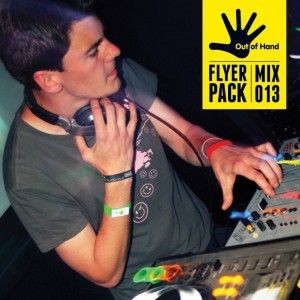