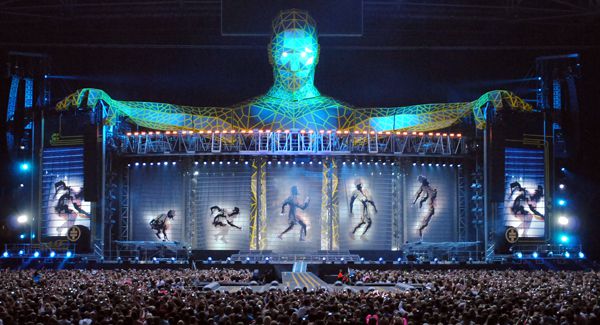 I’m going to throw it out there, there are two types of gig goers in this world – the ones like mild version’s of Bristol Big Jeff, who go to loads of gigs and like nothing more than being spitting distance from their understated heroes with their vocals, their guitars and their striped back stage show. These are the kind of people who go to the boutique festivals, frequent new band tents and who I’d say genuinely love music. Then, you have the X-Factor generation. People who quite like what they hear on Radio One, people who rarely go to gigs but when they do they’re relatively happy to spend a Friday morning clicking refresh on their computer screens and pay £50 for a ticket to a theatrical masterpiece of a show. People who go to awful commercial festivals like V just so they can say they were there. People who love Take That.

Don’t get me wrong. I’m not dissing this at all, it’s just a different world to what I’m used to. For starters Cardiff Millennium stadium is epic. There’s no other word for it. While the size is nothing short of impressive, it also has it’s disadvantages. For example, if you’re seated in the gods like we originally were then you better have a strong constitution – cos looking down a 60 degree drop at some ant like dancers certainly ain’t for the weak hearted (as my gig buddy found out when they had to spend the whole of the Pet Shop Boys set in the First Aid Room). Hats off to the wonderful St John Ambulance staff and stewards (especially steward number 600) for finding her space on the lower levels so she didn’t miss Take That but it made me think that these tickets should come with health warnings.

So, opening the show for the newly re-united Take That was old eclectro pop legends the Pet Shop Boys. I’ll let you into a little secret, this was a bigger draw for me than Take That (like when I went to the Paul McCartney gig there solely to see the Manic Street Preachers, who were supporting). It’s a travesty that someone with as long and solid career as the Pet Shop Boys couldn’t fill the Millennium Stadium in their own right, but last time they played Cardiff it was at the arena. Their live show is almost as impressive as Take That’s with mesmerising, perfectly choreographed dancers (with colourful boxes on their heads for this tour) complimenting the unmistakable robot-like vocals of Pet Shop Boys frontman Neil Tennant. Pet Shop Boys are one of those bands whose hits you don’t realise you know until you hear them. Here, they treated us to a set which included Opportunities, Suburbia and What Have I Done To Deserve This. Wonderful.

The anticipation (and shrieks from the 80 per cent female audience) swooping through the massive stadium was electric and by the time four members of Take That took to the looming stage (Gary, Mark, Jason and Howard) you could tell this was going to be an astronomical show. And the opening track, Rule The World, proved to be the perfect euphoria inducing start to a two plus hour massively over the top set, in a camptastic way like. The first part of the show featured the newer material such as Patience, Shine and Greatest Day with the four piece covering the length and breadth of the stage in a variety of exuberant costumes and some questionable dance moves (except for Jason Orange who was the bomb when it came to throwing shapes). You could hear whispers (I say hear, you couldn’t really but you could feel it) of ‘where’s Robbie?’ after all, some modern day Take That fans were late to the game and were originally Robbie fans. But they didn’t have to wait long.

Robbie, complete with his wired and tired expression, burst on to do a solo set of songs, including Let Me Entertain You, Feel and of course Angels. He was then joined on stage by his less popular counterparts for an all out rendition of The Flood, which predictably came with a deliberate down-pouring of water on stage. This was followed by a bunch of lesser known songs before the five-piece gathered round a piano and performed some kind of family Christmas singalong to the earlier material – Million Love Songs, Babe and Everything Changes. It was here Jason, whose singing is pretty poor in comparison to the Barlow, was given a guitar to strum. He’d have looked pretty redundant without that due to the lack of dancing. Pray was pretty painful, watching Robbie, Gary and Mark try and keep up with Jason and Howard’s awesome dancing but they seemed to nail it in the encore, during an energetic Relight My Fire. They also joined together to sing Robbie’s solo hit, No Regrets, before ending on some goodbye type song which I’d never heard of but which Google tells me is called Eight Letters.

For at least 90 per cent of the audience this will probably go down as one of their best gigs ever. For me, the boyfriends who’d been dragged there and the growing numbers of women fainting in the upper echelons of the stadium this was more of a drag. Saying that, Never Forget proved to be one of those ‘moments’ you see on the big screen – tens of thousands of people waving and clapping, singing and crying. You can’t knock them for that performance huh?! 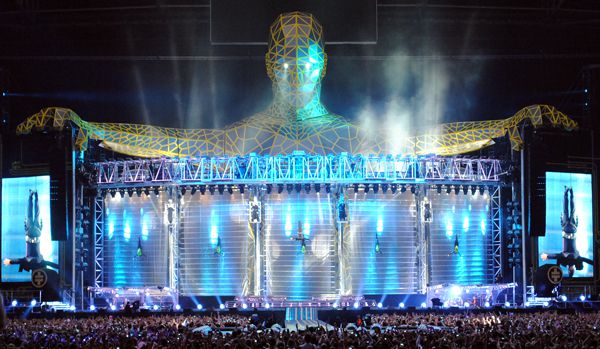 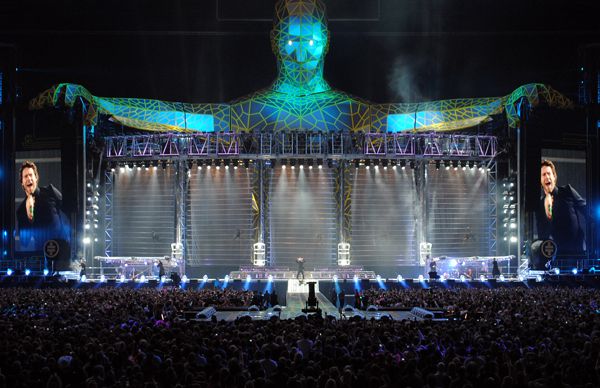 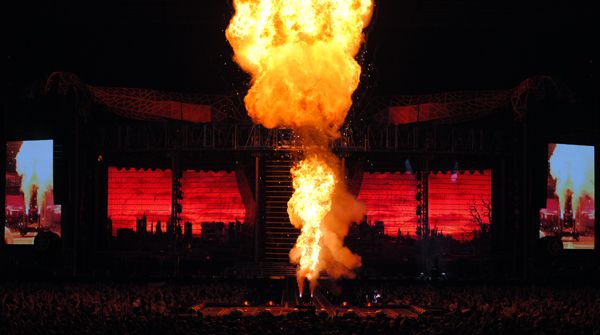 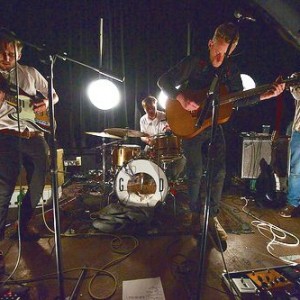 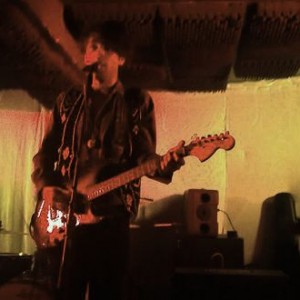 REVIEW: SCARLET RASCAL AND THE TRAINWRECK AT BRISTOL LOUISIANA (30/01/12) 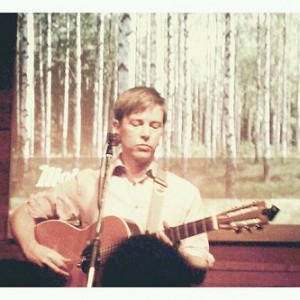